Classic Country? Check Yes Or No

With "sameness of sound and too much repetition" reoccurring listener complaints right now, is it time for a station playing country classics from the 60's, 70's, 80's and 90's, allowing the today's/hot/new country stations to be  just that, especially in this age of consolidation with one owner controlling two or three country FM's in a market, fortressing the format and looking to broaden country's reach and defend all flanks?

A&O&B works with a number of very highly-rated (12+) diary market classic country stations, so we are big believers in "classic country" viability and saleability in the right situations.

I ask the question right now given two recent developments. 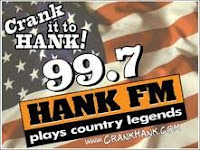 Meanwhile, in Calgary, new owner Bell Media dropped it in favor of comedy in this PPM market on what had been Canada's only classic country station.

In the history of format radio, country's CUME has NEVER been smaller "THIS year" than it was "LAST year."  The constant cume growth for country, plus the fact that we have ALWAYS needed at least 30% of the mix to be current to get any significant 25-54 numbers means classic country (oldies-based country) takes a special broadcaster who knows how to sell an upper-demo, leading edge boom audience to make it work in a stand-alone situation unless it's an owner who simply wants a non-competitive niche and really is committed to selling without ratings.

Rock oldies of the 60's, classic rock and adult standards are mass appeal rebirths of formats that were MASS APPEAL at the time the songs were popular.

Country has always been a niche format and never truly been MASS APPEAL in that sense even during its high water marks of popularity.

Even after the boom of the last several years mainstream country skews older than it has for years.  There are many theories as to why this might be.

Mine:  today's Gen Xer was a teen at a time when country was in the doldrums and even though their kids love country they never developed as deep a love for it during their formative years, musically.

As a result, a lot of very solid mainstream country stations do best 45+ and then 18-30 with a "dip" in 35-44.  Boomers and Millenials, of course, are the biggest population groups, but a smaller share of the smallest generational cohort has meant that mean ages of many leading country stations are now in the low to mid-40s, leaving even less room for a classic station to create a large enough cume to be competitive.

Frankly, in many markets,  I don't think that we really WANT a 45+ version (classic-based).  It would only serve to segment and fragment already very competitive (due to the adult impact of CHR today) 18-44 shares.

Hank/Indianapolis, for example, has done much better over the last few years as Emmis' management team moved it from a "male country music" position to mainstream country.

Even as today's boomers age out of 25-54 to be replaced by Gen Y when mean ages will evolve back downward due to the size of that age cell, the question will be (as was true in the early 1990's, for example) will there be a large 45+ group feeling unserved because stations will no longer play the hits of the late 80's and early 90's?  If so, will they also want to hear 60's and 70's?

We who believe in classic country - in the right areas - are going to find out as we watch the playlists of Hank and his friends.
Posted by Albright and O'Malley at 5:33 AM

as a gen xer who produces classic country stations, I have grown to like the format. a lot of the songs from the 70's were pop hits I heard growing up. and garth was big when I was in college. I agree that most of the 80's country stuff was lost to me. but I think the coolness of jerry reed, johnny cash and others can be viable if they are presented in an interesting way.

When I write for the format, I tend to write from my perspective - which is more of a smokey and the bandit/dukes of hazard kind of view. not making fun of country, just recognizing that they were big cultural benchmarks that are tied to country - at least to me.

like snowman and the bandit - we're loaded up and ready to go...

now available on 8-track and cassette...

turn us on next time the grandkids are over. someone needs to teach 'em about good music...

Keep trying to grow the format - it's one I enjoy!

Overall, I like classic country because 1) that is where I learned to like country and 2) it has variances in how it sounds. I am a 60's-70's music addict. So a little biased. But when I have the opportunity to listen to classic country I do listen to it. I like some of the new country but I find that I can have the radio on for hours and never remember what I heard. I like ALL music and have over 31,000 songs on my IPOD. I have often said to my husband.... I wish they would mix in a little classic country with the new. That MIGHT work?