Last week, Seth Ressler in his AllAccess column hit me right between the ears.

Back when PPM first debuted, since I was long-schooled in the ways to get an unfair advantage to grab "just one more share point" that we all used in diary measurement, I was focused on the wrong thing.

I still  wanted the sample size to be more random "like it used to be" and as large as the 48 different weekly samples.  The share compression that resulted from the move to panel measurement seemed to confirm (to me) that I was right and all the issues of PPM would be solved by larger and larger samples.

Call me a slow learner.
Of course, as Alfred Liggins said on his investor call last week, free market competition requires constant vigilance and if everyone else in town is doing something smart that you're not, you're likely to get hurt in the short run until you catch up.

Ultimately, I worry more that Programmatic buying and selling will be a greater challenge than mysterious black boxes as agencies adopt it in order to save money, failing to consider the compelling personality, brand loyalty, database, social, narrow target and psychographic data that only a human seller can present.

When that is accomplished our sales teams have great stories which more than add powerful value to our sales proposition.

Seth, you are right that our best story is not "how many?" but WHO.

Thanks for the clear thinking and wake up call.
Posted by Albright and O'Malley at 2:00 AM No comments: 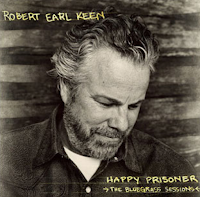 I have been a fan of Robert Earl Keen's since he first attempted to promote me to play his music on a radio station named KEEN (San Jose) back in the 1980's, when I was PD.

My experience was not unlike SXSW, which became a hugely successful entertainment event by dropping its role as an Alt.Country/Americana convention and becoming more mass appeal, diverse and mainstream at the same time.

I don't know what made the South-By-Southwest organizers take that journey, but I do know that Robert Earl pioneered something that is huge in night clubs all over Texas and his many proteges that have come after him but has rarely been mass appeal enough even in the Lone Star State to draw a large enough fan base of radio users to compete successfully with country radio stations simply playing the Nashville chart hits.

Propelled by a devoted and passionate base of lovers of his powerfully-creative, eclectic, indie music style, Robert continues to provide an important voice to the music scene, which makes me want to tip my (cowboy) hat in his direction for his latest promotional effort, an endorsement of HD Radio.

iBiquity’s partnership with Robert Earl Keen will build awareness of HD Radio broadcasting and promote Robert’s new album, Happy Prisoner. The program will include radio promotions and contests, as well as a trip for two to Nashville to join Robert Earl at his July 23, 2015 performance at the historic Ryman Auditorium.

“We are excited to continue to build the HD Radio Artist spotlight program,” said Mason Hunter, Executive Director, Strategic Partnerships/Business Development at Broadcast Music, Inc. (BMI).    “Robert Earl Keen is a stalwart for BMI and is an artist who has been consistently releasing outstanding music for over three decades.  His latest release, Happy Prisoner, is no exception. We are thrilled to have a partner in iBiquity Digital who recognizes his talent and ongoing contribution to songwriting. The HD Radio Experience delivers digital quality sound, unique content, and exposure to artists like Robert in order to enhance the experience of their listeners,” continued Hunter.

“Robert Earl Keen is a unique talent with a long history of making music his way, and his fans love him for it,” said Joe D’Angelo, Senior Vice President of iBiquity Digital.  “We are extremely proud to be able to work with Robert and look forward to bringing his latest project to radio fans across the country.” 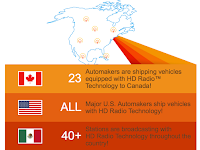 OK, radio.  The ball is now in your court.  If you already have an HD-2 or HD-3 channel set aside for alt.country, Robert Earl Keen, BMI and iBiquity just handed you a free gift.  If you aren't using all of your HD channels now, it's a great time to begin.

BUT, don't do it if you're not prepared to aggressively promote it on your main channel.  Enhance your brand by appealing to the widest possible group of country fans.

Make the most of this forward-thinking move by radio's longtime friend, Robert Earl Keen!

Posted by Albright and O'Malley at 6:25 AM No comments: