From Borrell: Much More Than #4

No doubt you've seen the trade press on a webinar last week anchored by researcher Gordon Borrell celebrating the 20th anniversary of the appearance of the first banner ad.

The prognostication presentation came as a result of a survey of 2,102 Small and Medium Business managers conducted in August & September 2014 combined with an analysis of Borrell’s database of marketing expenditures covering 3,000 U.S. counties.

Borrell wanted to know:
In spite of the fact that the "big" reason for the study had only a little to do with analog media and much more to understanding the priorities of SMB operators as it relates to digital marketing budgets, there is no denying that Gordon and his team predicted along the way:
Since A&O&B friends Mark Ramsey and Tracy Johnson have already written prescient thought-pieces on what we need to do about #4, I'd like to focus on another very positive radio story contained in Borrell's data:  24% more of these SMB executives credit radio with providing them with new customers than television does! 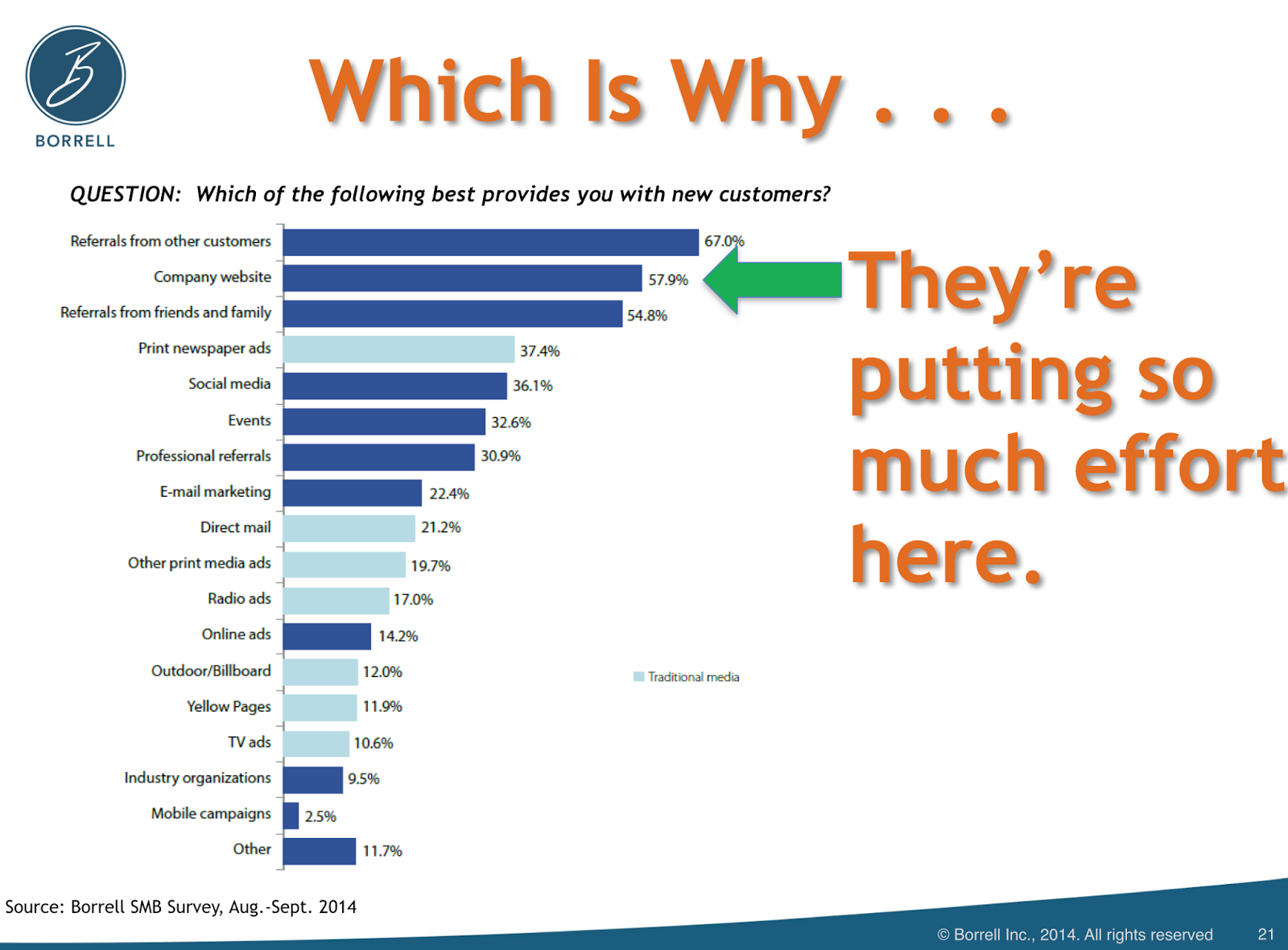 “Radio tends to have a very strong beat on promotions.  All of these businesses out there have the medium at their disposal to go direct to consumers.”  -- Gordon Borrell


My take: allowing media buyers to convince us to move away from direct local, regional and national selling person to person toward numbers-based programming buying will devalue radio.

In the short run, it may save up to 30% of gross revenues by lowering cost of sales, but if radio polishes its immediate bottom line while failing to invest in face-to-face presentations of our ROI strengths vis a vis all other competing media, it won't even take ten years for Borrell's pessimistic prognostications to become self-fulfilling.

A full analysis of the results can be found in “2014 Digital Marketing Services Outlook” on the Borrell website.

Posted by Albright and O'Malley at 1:09 PM