Learning From The Students

On April 28, 1949, WGRE-FM was the very first ten watt educational radio station licensed by the FCC.  Its first official broadcast was a tribute to the President of DePauw University at the time, Clyde Wildman, who was unable to attend the inauguration of the new radio station because he was in the hospital at the time.  The students operating the radio station presented him with an FM receiver so he could hear the ceremony from his hospital bed.

The station’s programming has been worth listening and paying attention to ever since.

For example, this decade-old Operator’s Manual (pdf) which is still well worth emulating as you discipline and train your talent. 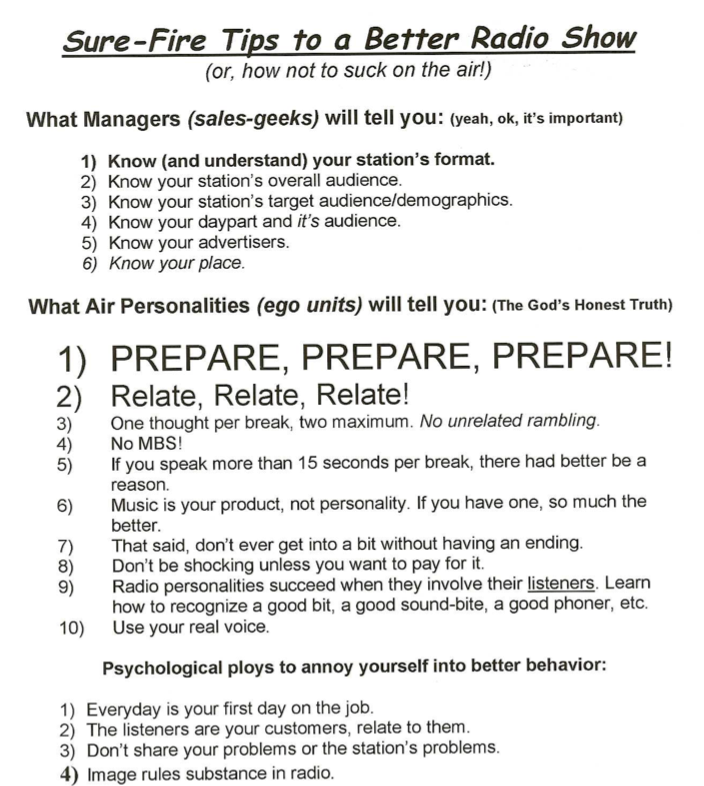 Posted by Albright and O'Malley at 8:29 AM