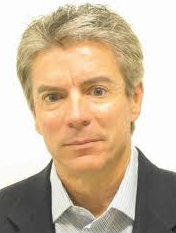 Is it true that "you only get one chance to make a good first impression?"

We're about to find out.

With the news that Cumulus is giving very smart programmer Brian Thomas the keys to New York's NASH-FM after attempting to win The Big Apple's country fans' loyalty with a Nashville-centric approach, it looks like someone finally figured out that localism still wins.

Now, let's hope that debt-laden Cumulus will give him the resources that it will take to get New Yorkers to come back and try the station again once it is repositioned with America's largest city's style, content, personality and attitude.

A personal story that illuminates my perspective on the challenge the new team Thomas will pull together faces:

In the early 1960's I had the honor of meeting Gene Autry-owned KMPC-AM 710's Dick Whittinghill and was brash and enthusiastic enough in spite of my idol's major market success I had the courage to ask him why he talked so much about the little things in his daily life - like playing golf with Mayor Sam Yorty (which, always the "coach," I told Whittinghill, seemed elitist). 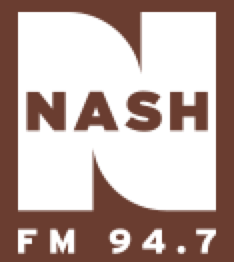 Whittinghill was kind enough to give me some great advice that I never forgot over the five decades since that time:  "LA is a huge city, but the people who live here think of themselves as residents of their unique neighborhoods not a metropolis.  I relate to them as if we all lived in a village and as if they might have played golf with the Mayor yesterday."

You have to think that the very smart Cumulus executive team understands that they now need to give Thomas all of the time and tools he'll require to identify the more than one-to-two million country fans in greater New York a strong signal to cover their home/work zip codes and move in next door to them.
Posted by Albright and O'Malley at 11:45 AM

Cumulus CEO Lew Dickey (R) told analysts during Tuesday's earnings conference call that 'We are well on our way Mto rebranding all Cumulus Country stations to NASH. He said Cumulus will have 50 affiliates by the end of the year and in 2015 start offering the brand to other companies ... It's a quarter of the U.S. adult population. So it's not regional. It's a very large segment. We've got over 1 million people in New York City that listen to NASH. And we'll be announcing a NASH station in another top 10 market in the next ... probably the next 60 days." He added that The NASH brand is uniquely American and, quite frankly, it's exportable .. We've already had requests from some international broadcasters on whether they can affiliate with NASH. And so I think there's going to be licensing opportunities and the ability go beyond our borders, but we're very, very focused obviously on building this platform out right now." Dickey also said Cumulus expects the NASH brand to do $25 million of incremental revenue next year.