Expect To Hear The Name "Jack Ingram" A Lot Tomorrow 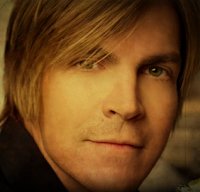 At 8am on the day of the release of Jack’s new album Big Dreams & High Hopes he will begin a 24 hour stretch of radio interviews at the Brooklyn Bridge in New York City to enter The Guinness Book of World Records.

He will attempt to break Fall Out Boy’s current record of 72 interviews in a 24 hour period by taking on a schedule of over 200 in the same amount of time.

Then, Wednesday (8/26) he heads to Dallas to play Big Night Out with The Big 96.3 KSCS, an intimate show at Adair’s Saloon, where he first began performing. The first 96 fans at the venue will celebrate the album release with Jack. Get more info on the show here.

Jack will head home to Austin on Thursday (8/27) for an in-store performance and meet & greet at Waterloo Records at 6:30pm. Get all the info here.

Then Friday he heads to the West Coast to play 3 shows with Toby Keith. Tell him if you’re going on Facebook.
Posted by Albright and O'Malley at 5:20 AM