Trend:  as television has reinvented their morning newscasts in the form of traditional morning radio shows, many folks have been turning to radio later in the morning, as they get into their vehicles.

Will personal mobile devices give your radio station a new "at home usage" opportunity? 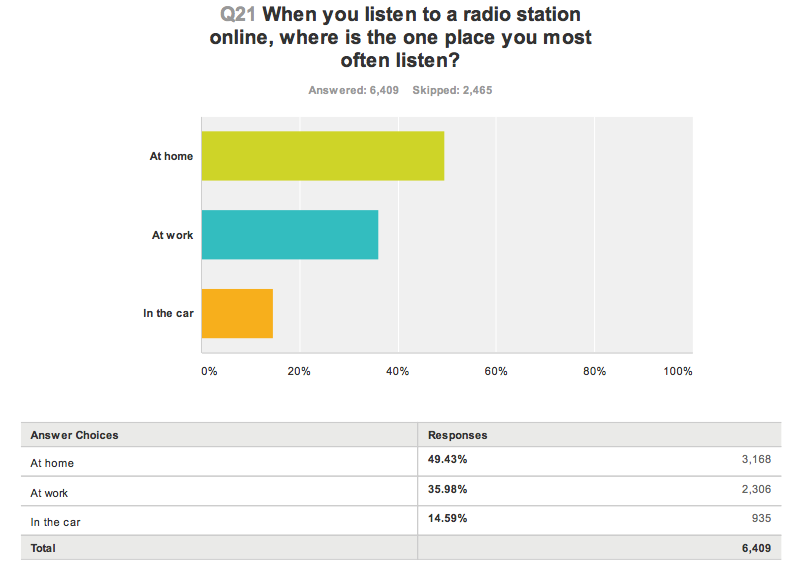 BUT, meanwhile, the vehicle is under attack at the same time: 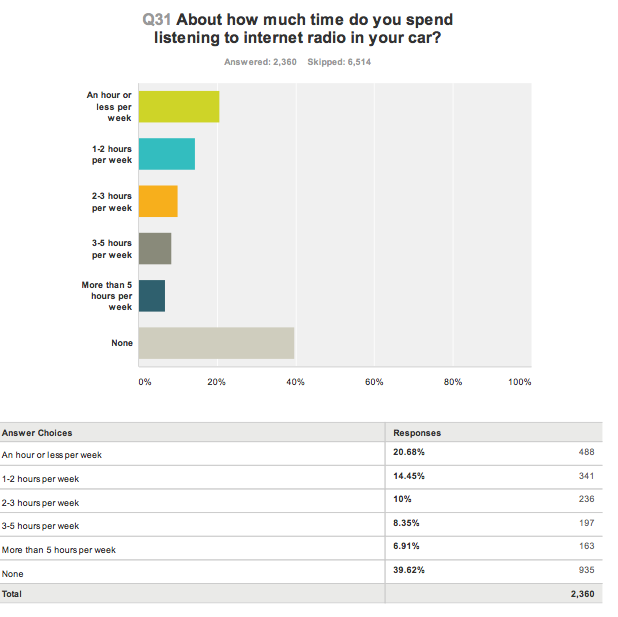 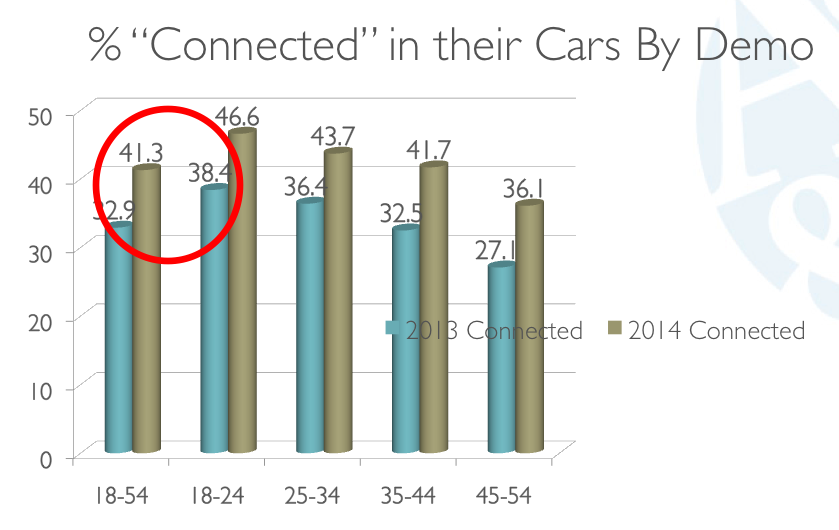 The national averages, of course, are fascinating but meaningless, really, except as a comparison to your local performance.  Are you ahead of/behind the curve on every data point?  There's only one way to know and that is to do local research.