When listeners take five minutes to express their views on music hooks (thanks to RateTheMusic.com for sharing this data from last week's national test, 25-54), they're not thinking that we're going to parse every percentile, so it's smart not to read too much into one week's test scores.

However, I find it hard not to at least try to draw some possible conclusions. 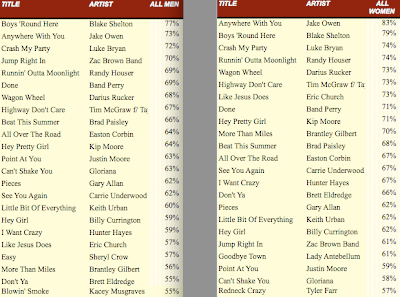 What am I missing?  What do you see in your current music tests that's worth pondering?

Posted by Albright and O'Malley at 9:11 AM