Prosper Research's monthly tracking of consumer attitudes has it's up's and down's this month: 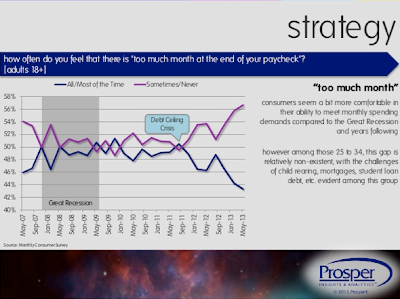 Posted by Albright and O'Malley at 3:33 AM