I Wonder What Cluster This Guy Belongs To? 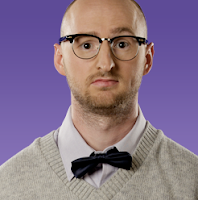 These categories, which are based on the characteristics of residents living in each individual geographic area, use geodemographics and psychographics to provide insights into the behaviour of Canadian consumers.

The system classifies all PPM households into one of 14 segments based on the location of each PPM household.  The classification of households will be reported as a demographic category through currently available respondent-level data analysis software and will be accessible to all BBM Canada members that subscribe to the television or radio PPM service.

These demographic classifications were introduced into the overnight TV data this week (starting 3/11).  For radio, the classifications will be added effective with the April 4, 2013 data release.

Right now, country radio seems to be doing very well in PPM measurement after a rocky start in many markets, so I suppose there will be some who say "don't TOUCH my sample," but as Arbitron continues to weight its sample by ten factors, this addition of geo- and psycho- targeting in Canada is going to be fascinating to study very carefully as it rolls out.

Political targeting has demonstrated how people tend to live in "tribes" of folks similar to them geographically and so with PPM's smaller samples who remain in the panel for long periods of time, representing every category possible is a step in the right direction.

It's too early to tell if this move will improve samples in that way, but at least the ability to run analyses based on them sounds promising to me.

Let's watch and see how many of the 66 Prizm lifestyle types the sample is able to accurately represent in proportion to the actual population in each market where this is being implemented.  That will start to indicate just how large each local sample should ideally be, at least, and perhaps even demonstrate why share compression is so typical in PPM numbers.

Thanks to BBM's visionaries for providing us with new numbers to hold their feet to the fire with.
Posted by Albright and O'Malley at 5:45 PM