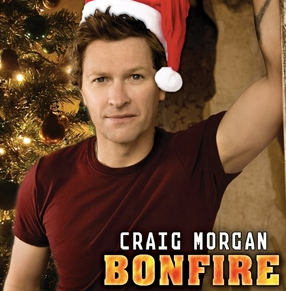 Can you think of anyone who ever had a single charting in the top five who then released a Christmas version of the song? I can't, and not only is this inventive idea to keep the spins going for a song which may otherwise have peaked in the next week or two, but if you know the history of bonfires along the levee in Louisiana, it even fits with southern tradition.

Many, many superstars have released new Holiday singles as a part of their Christmas albums and the majority of those songs go next to nowhere, since they have no more than three or four weeks - maybe 40 to 100 spins, at best - to gain memorability and traction.

Small wonder that the majority of the best-testing seasonal songs are traditional, familiar favorites. Hats off to Sony Music and Craig Morgan, for trying something new, that seems like a great tactic to me.
Posted by Albright and O'Malley at 4:53 PM