Does This Look Like A Format That's About To Fragment?

Since roughly a third of all radio users give all radio stations some 70% of their total hours of listening, it's safe to say that as goes the core, so goes the radio station they use.

That's why A&O&B has been tracking annual "Roadmap" online perceptual studies for many years.

As Mike O'Malley blogged that passion for today's country runs very high:  "even among 55-64 year olds, six in ten like new country frommillennial stars 'a lot.'" 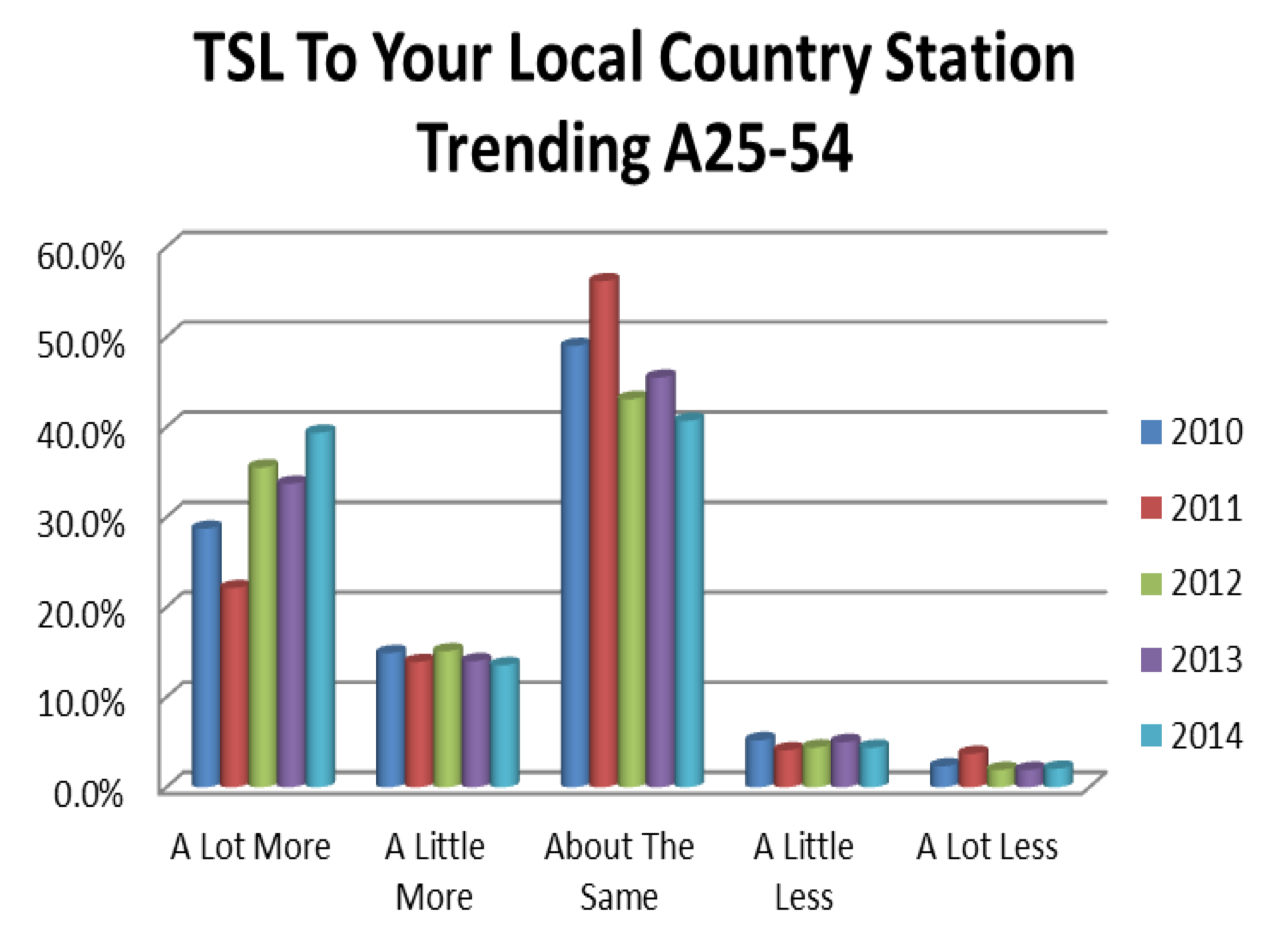 It's especially the case with younger demos: 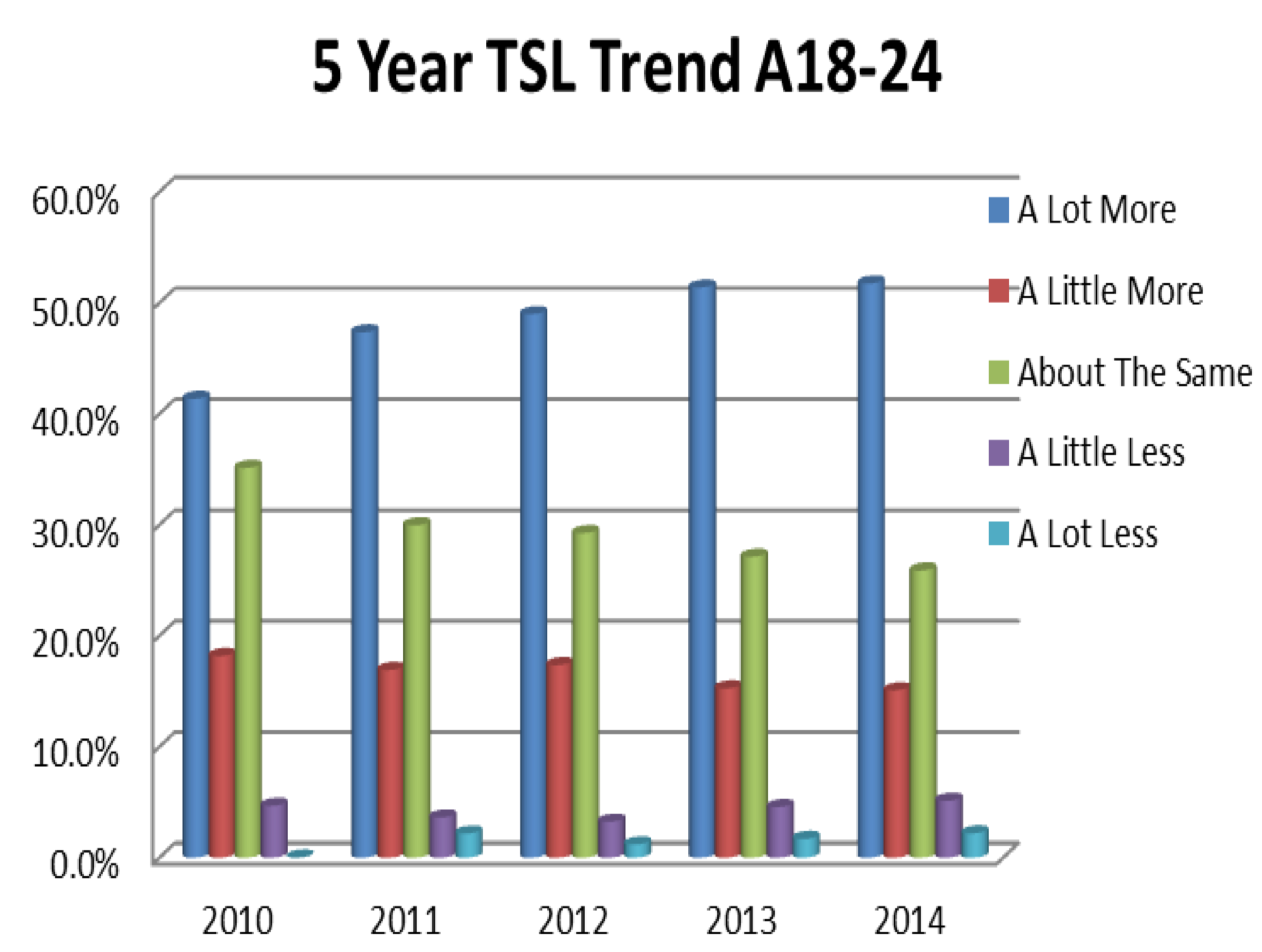 The biggest increase came 18-24, but is across all demos: 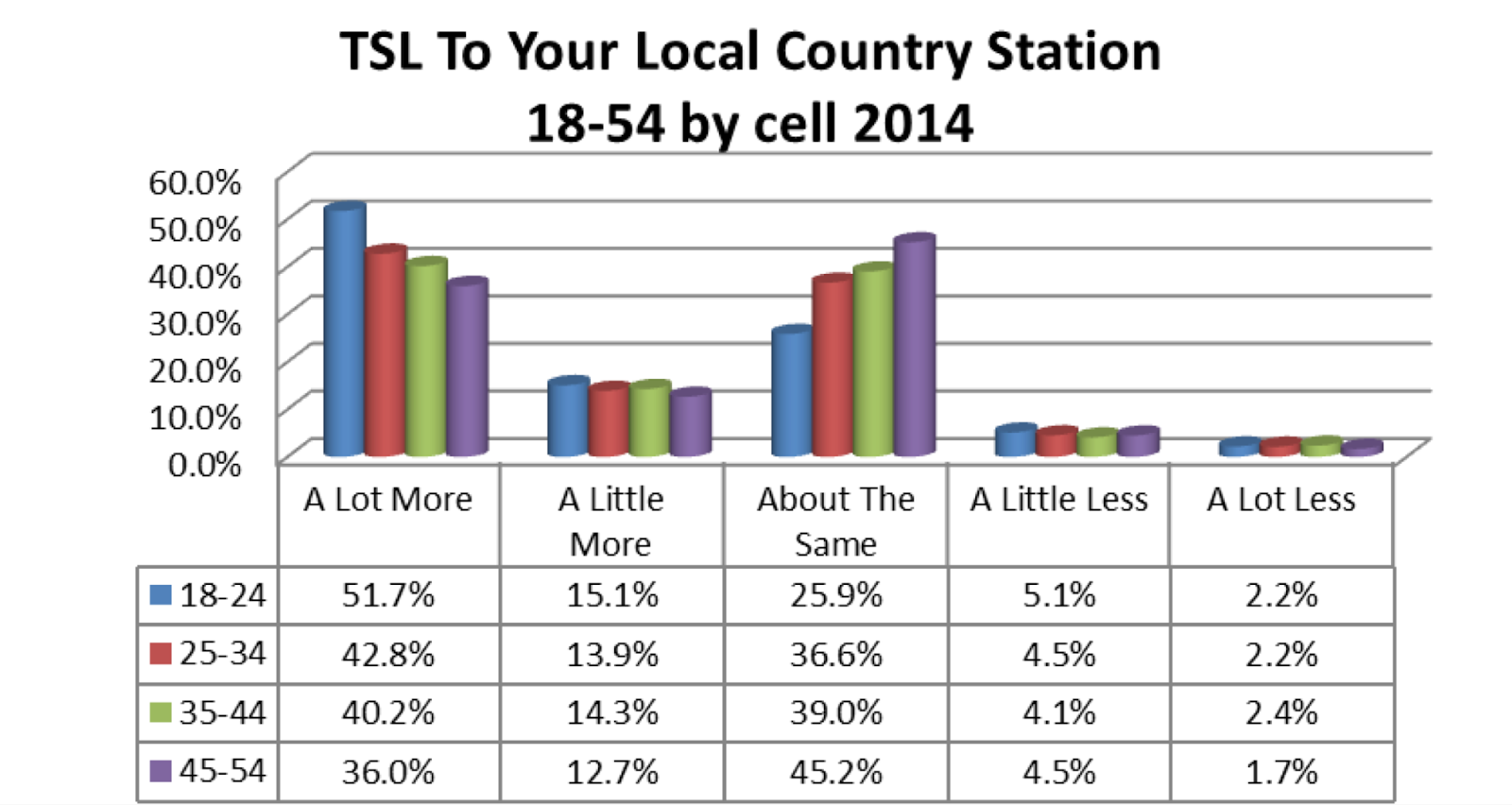 Loyalty (likely to switch if something new became available) is also on the upswing: 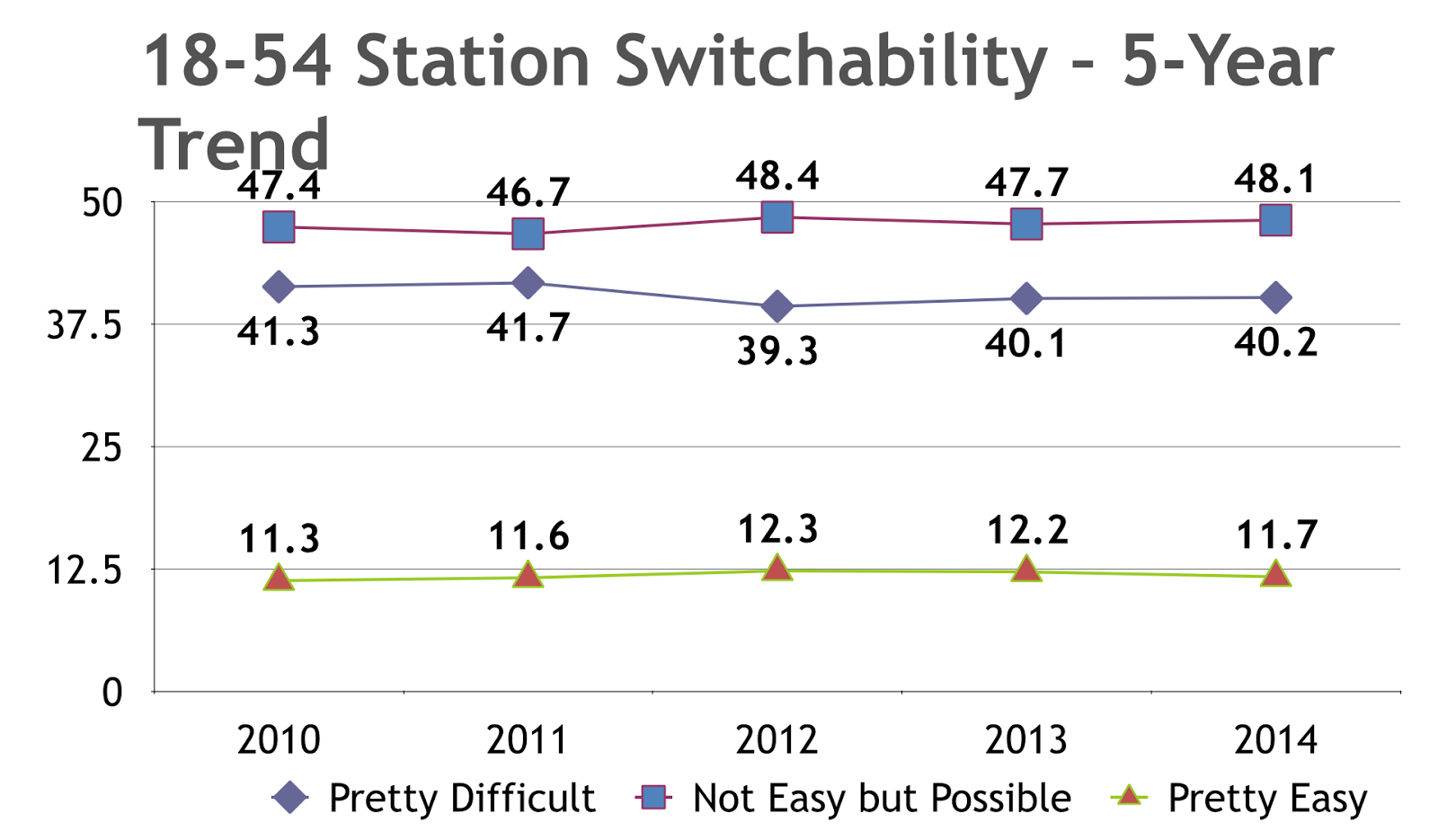 That's not say that there aren't individual radio stations failing to perform at these benchmarks whose listeners might jump at the chance to try something different and new.  As Radio-Info's Mike Kinosian reported on Friday, one third of the Nielsen rated country stations in his last tracking study failed to join the national up trend for the country format.

I hope you aren't one of them, but it appears that the average country station among A&O&B clients is well-positioned to fend off a niche competitor!

If you aren't among the majority, A&O&B can help,
Posted by Albright and O'Malley at 6:56 AM