After more than a half century of radio ratings diary measurement, we have all become accustomed to certain metrics.  The arrival of PPM over the last decade has changed the math completely.

For the average country station still being rated by diaries this ratio remains quite constant:  a little more than one third of diarykeepers account for almost three quarters of average quarter hour audience.

For that reason, radio's research companies have learned that a random probability sample composed of about 60% of a station's "core" (P1/heaviest users) and some 40% of that station's cume as found at random in a metro population provides a reliable indication of how that broadcaster is going to do in the next diary survey.

When PPM started to roll out in the top 50 U.S. and Canada's major markets over the last decade that formula no longer "worked."  Many radio stations back when their first PPM ratings were released were unpleasantly surprised to find out that performing extremely well in a traditional perceptual research project fielded with the time-honored sample parameters was no predictor of PPM scores!

Six years ago at the annual December programming "fly-in," Nielsen Audio's clever research crunchers revealed new insights into emerging major market panel samples that still help explain why that may have been happening: 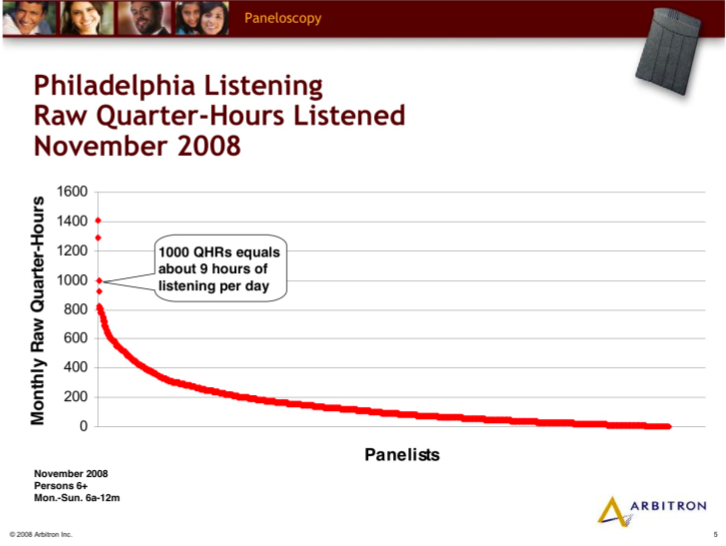 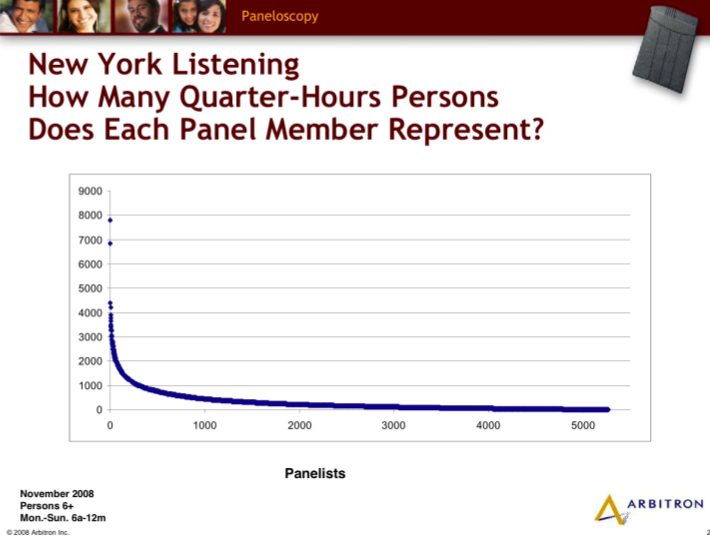 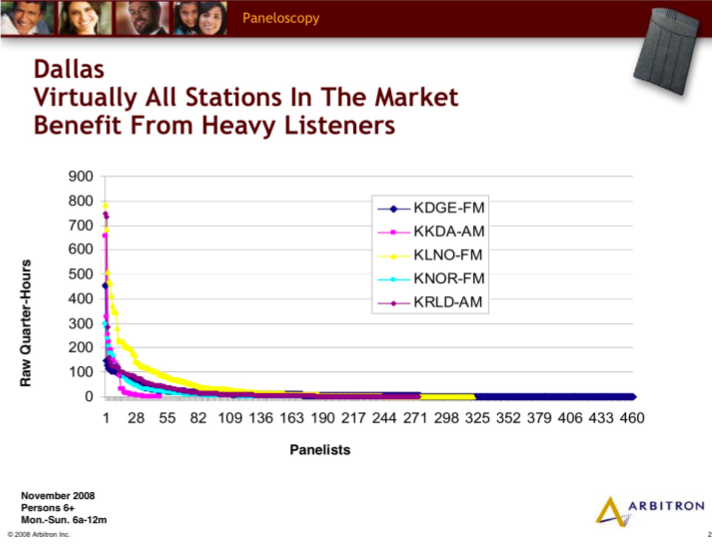 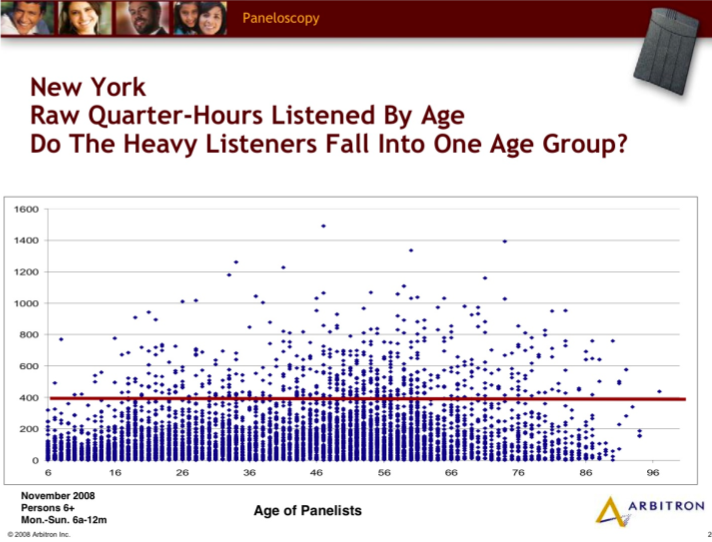 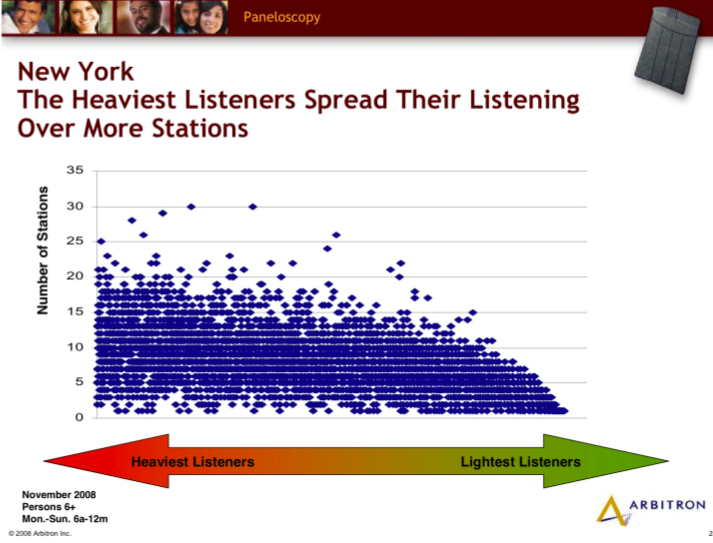 Posted by Albright and O'Malley at 6:09 AM