At a CRS 2014 session Nielsen Audio revealed national country format trend data showing weekly cume among teens rose 8% and was up an impressive 15% among 18-24s helping country’s audience share grow 17% among teens (12-17 year-olds) and 16% with young adults (18-24), allowing the format to leapfrog past CHR in persons 18-24 and move from third to second among teens in diary markets.  At the same time, country’s share of 25-34 year-olds slipped 9% (still holding onto #1 in that demo).

The cume increases came largely as a result of new listenership, driven by population shifts.

We're fortunate that happened.  Here's why, thanks to another CRS prersentation, from Stone Door Media Lab's Jeff Green: 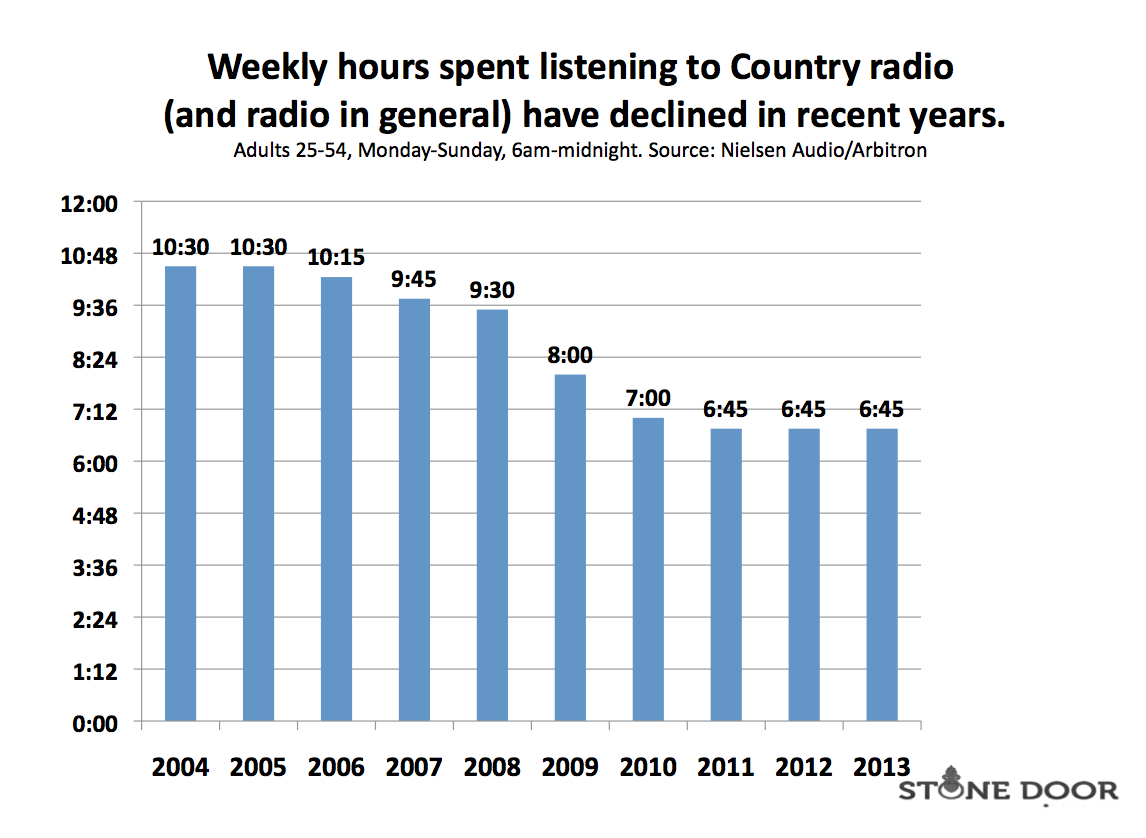 Larry Rosin, Roy H. Williams and Fred Jacobs have all fretted about a potential cause of this trend in recent blog posts and I can't disagree with any of their concerns:  the increasing de-localization of radio and extreme commercial loads.

This is important because normally it's far less expensive to improve time spent listening than it is to grow cume.

Country's core audience complains twice as much about music repetition as their reason for being dissatisfied/listening less than they do about "too many commercials," so country programmers have it in their power to turn our negative TSL trend around at almost no financial cost if we take listeners at their word and don't continue to virtually ignore their complaint.

To do so will mean letting go of some old habits and traditional wisdoms. 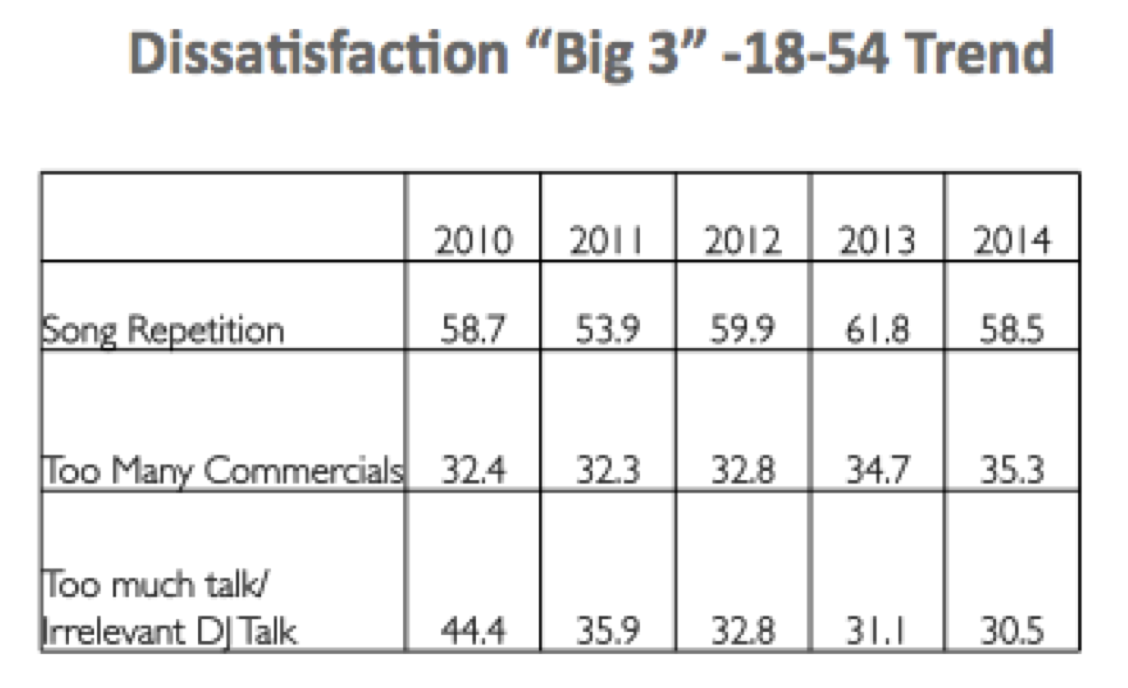 All next week, I'll offer my reasoning and proposed strategies.

Watch this space.
Posted by Albright and O'Malley at 5:19 PM