Reaffirmation: A Note From A Friend 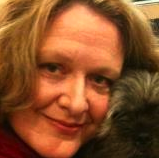 Since I've been out of radio for a few years, and have lived all across the country since 2010, I've had a chance to talk to many people, casually, about their relationship with their favorite radio stations.

These conversations happened out of the blue and quite naturally (usually when I mentioned what I used to do for a living) but they've added up to something meaningful for me. When I was on the air, it was natural for me to think of the listeners as a collective. A group who were fans of the music on the station. I had a job to do and it was nice knowing that there were folks out there listening. While I was rarely a "big personality" on the station, I did some promotions and appearances, and did my best to be kind and respectful of the listeners who showed up to get a bumper sticker and say "hi". But, perhaps I always kept my emotional distance from them.

Since I've been off of the air and living down from the clouds, I have been able to witness the loyalty of the listener from afar. What has struck me most is how people truly identify with a station.

I see the looks of pride in their faces, when they mention a particular morning-show host or the music programmed. This happens whether the person is a fan of Country music, pop or adult alternative.

They mention their station, and a 'secret smile' appears on their face - like they are having a special memory, that makes them feel 'at one' with a larger force. They go "inside of themselves", for a second, and then come back to the conversation. What is it about radio that makes such an intimate connection with people? The voices and music enter their heads and mingle with their own world and thoughts in a way that TV or the Internet doesn't seem to do. Even today, with the on-air product, so pre-packaged in many ways, it still happens. These people have formed a real relationship with their radio friends and when one of them is suddenly gone, they feel a real loss.

In Harrisburg, PA, where I grew up, a friend still talked about a DJ who had been fired from a Christian station a year ago. This can't be taken lightly.

Maybe, as a kid, I used to have that secret smile, too, when I thought of WKBO, the station I grew up with.

30 years later, I can still remember all of the names of the DJs on that station AND their day parts! "Alexander in the Morning", "Slim Jim Buchannan", "John St. John" and "Big Jim Roberts" were as much a part of my teenage years as my friends and their cars.

Probably got into radio because just listening to it made me feel like I was part of something great.

It makes me so sad when I tune into a station and I hear listless voice-tracking and generic promos and station IDs. If the Program directors and corporate-controlled programmers could only see the faces of the people, as they were describing the station, I think the world would be a better place. 27 seconds to talk up a record might not be enough to connect!

I just wanted to write this to somebody who'd understand. Thanks, Jaye, for letting me vent.
Posted by Albright and O'Malley at 1:43 AM

Email ThisBlogThis!Share to TwitterShare to FacebookShare to Pinterest
Labels: creating content, engagement, One To One, Personalities, radio creative

The overall job of the radio disc jockey has seen an increasing number of changes in the past 15 years, with technology and consolidation as the primary factors. Add to this the increasing influence of hedge funds and centralized corporate ownership, a retreat from localism, continued downsizing of personnel, the ever-threatening potential for further consolidation, the invasion of digital, the steady and stable growth of satellite radio and the relentless tsunami of internet radio — and traditional (or “terrestrial”) radio might find itself in a fight for its very existence.

It was less than one generation ago when, if you had a question or idea to make your radio station better, you simply went down the hall and knocked on the door of the program director, or on the door next to it where the owner or GM of the station might be found. Today, there could be four or five stations in the same building as yours, the PD could be in another city or even another state, and the corporate office could be clear across the country.

Curious... I'm wondering if you're endorsing this train of thought or if your merely patronizing those who you have "consulted" out of a job they loved.

You can't live on both sides of the fence Jaye.