Let The Other Guys Try This First

Anybody who can write, as he did this morning, "as obvious as an erection as a leotard" is worth reading if just for the titillation and powerful use of language which we can all emulate.

Then you know that he presented research at his just-concluded Media Solutions Lab in Scottsdale with the intent of warning media content providers that attentions spans have been reduced so drastically that radio stations need to rethink the way they present content. 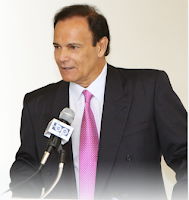 Streaming video users lose patience after just 2 seconds according to a recent University of Massachusetts study.  That’s only 2 seconds and then they move on.  Ever wonder why they can’t listen to, say, a talk (bit) that takes ten minutes or more to get a topic rolling?

Half of the people who use a high-speed, fiber-optic connection believe that five seconds is too long to wait for streaming video.

Each additional second of delay resulted in a 5.8 percent increase in the abandonment rate.  That’s major.  It only takes two additional seconds to lose another 10% of streaming video audiences.

Survey participants were more forgiving when waiting for longer content like movies than for short form videos.  But not that forgiving.  Ramesh Sitaraman, science professor at the University of Massachusetts sums it up like this: “If you start out with, say, 100 users — if the video hasn’t started in five seconds, about one-quarter of those viewers are gone, and if the video doesn’t start in 10 seconds, almost half of those viewers are gone.”


He advises:  "Get into your topic within seconds – perhaps 15 seconds and set the scene as they proceed.  The old master Larry King used to be skilled at this before short attention spans became a much discussed attribute of today’s digital age.  When Larry did his Mutual show and came back after the hourly news, he was in the interview within a minute."

Two other bits of Del Colliano programming guidance, provided in light of the data, running commercials one at a time instead of in long clusters and that music sweeps are useless shows the danger of applying research on one thing to another, making me think that perhaps he's been out of programming a bit too long, at least for music radio.

Sitaraman's "half the people" cited above isn't too far away from Coleman's PPM-based (actual radio usage) finding that 40% of the audience tunes out the instant they think a commercial might be starting.

That factoid notwithstanding, using data from a full year across all 48 PPM® measured markets, the study shows:
The difference between radio and You Tube is that radio's cume audience is constantly like a subway car with people getting off and on, thanks to a growing cume throughout the day for the average radio station.

My advice:  keep clustering commercials.  Work to make them as engaging as possible, but no matter how good they get and how few you run, listeners come in for compelling content delivered by fun personalities who know how to entertain mixed with long sets of music.

It's a mistake to apply research on one topic to something completely different.
Posted by Albright and O'Malley at 11:20 AM

I love to see these topics discussed among radio people because we need to think about them. Your comment about being out of radio too long is a fair one although Bob Pittman seems to get cut a lot of slack on the same thing so I don't know whether that tarnishes the essence of my proposition.

The gift for me was to take leave from the industry as I was forced to do by Clear Channel when I sold them Inside Radio. Teaching the next generation at USC awakened me to the realization that we in radio live a bubble. Young people think radio sucks and they have literally been left to their own devices by consolidation.

I am not asking anyone to believe me that attention span problems are critical -- just open your mind to trying new things. In short, a music sweep is what we want not what the next generation of listeners wants. It is in our DNA but not in theirs. Therefore, consider more interruptions or else be prepared for another missed opportunity to engage young people as they really are with ever decreasing attention spans not as we think they are (like we used to listen to radio).

Keep up the great work! And thanks for stimulating this important discussion.

I agree with Jerry.

Radio will continue to become more and more irrelevant if it continues to ignore the "new expectations" of receiving audio content (music, talk, etc).

Young audio listeners (notice I didn't say radio) have grown to expect short advertisements injected into their Pandora streams and so on...fifteen seconds and my music (or desired programming) will be back on. That seems tolerable.

Radio is no longer the gatekeeper for music...and hasn't been for a long time now.

I have found over the last few years that research has led me to believe that you had to be perfect with all elements of radio I learned the past 30 years. Now, I have found out personally to be engaging and be heavy on the FUN...Listeners will stay through the break...even if it is a 5 to 6 minute one. I truly believe if your station gives loyalty you will get loyalty back from the listener...how do you get loyalty ? Local local and local and talk about the listener...it has not change one bit from when I was a kid, when you put the listener in the spotlight on air, you will get loyalty from that listener ...I am sorry but the way to keep listeners has never changed....we just forgot that listeners are not like us in radio...they are not as critical and guess what they like to hear a mess up....they know at that point we are Human...the human element is the most important part about Radio! I know my station we do 5 minute stop sets and I know people are hearing our commercials and also our "live" reads because our advertisers tell me....I know Jaye knows this...where I am at, this community took our sound and our off the wall behavior and made us a station that is heard all over our listening area......even in places I never thought we could get into, Someone from an area school did a focus group ....and they found out 12-17 year olds listen to our station over the Giant CHR in Green Bay..because they feel we care about them.....and we play their request with their voices introing the song. We might do that 3 x a show but the perception is we do it on all the songs ...they talk to 700 kids....that is a great sample I think from a community of 10k...so I don't think the attention span is the ? Here......maybe it's time to think about our content and take radio back to where it's suppose to be....it's funny my station has never done a Newcast and the listener believes we are more local sounding than the ones that do.....I believe the model of radio is not broken the so called people that run radio today are....the people that write about radio are too...because we concentrate to much on the bad.....we can't change the clear channel and cumulus way....So let's concentrate on the stations that are not associated with them and talk about the success stories...there are some great station that are doing good things and guess what they are holding their listeners attention...and they are doing it with good old fashion fun....throw a party and people will come and stay!

We have been talking with our clients about this for quite some time. The key is not necessarily in length of stop sets but in how well we can highlight the negative.

I agree with Jerry in that we must begin to think in new ways. Everything we learned all those years ago, may no longer be applicable.

Imagine running contests within a stop set, or surprising the listener with something unexpected within a stop set! We need to show our consumers that stop sets are not a bad thing and we can create compelling content, even within what could be perceived as a negative.

What can we do before, within, and after a stop set that could make it compelling and change it from a negative to a positive? That's where winners will reside.

I agree with the "get to the point faster" philosophy wholeheartedly. On our Country wake-up show KG Mornings, our ultimate goals are to be compelling, and to respect our listener's time. The content of our show generally changes drastically from break to break to feed their ADD and ours. We liken it to an old school Variety show. A few sketches, a little singing, some community info and of course, a few guest stars. We also find that being consistently inconsistent so that they never know what's coming next works pretty well for word of mouth marketing and building a grassroots buzz for our product.