You can't deny that it's true: 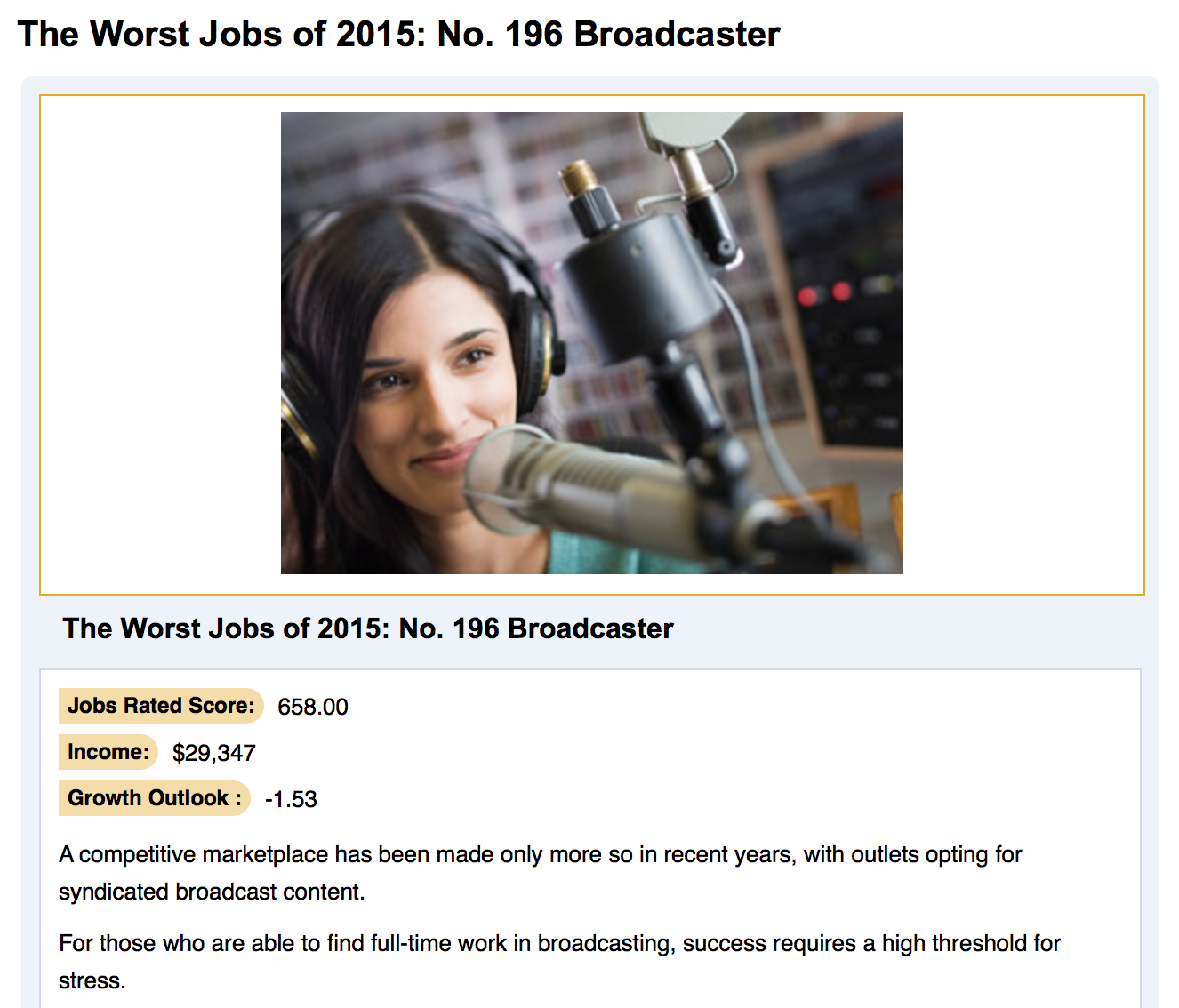 Careercast is getting quite a bit of PR today on their annual best/worst jobs lists and as usual they make a good case for their reasons for putting "broadcaster" down at the bottom with newspaper reporter, lumberjack and enlisted military (which actually seems like pretty good company to me!).

No doubt, if you want low risk, there are plenty of other careers for you.  However, I want to place this finding in context.

It has always been thus!

I went into high school in 1957, having decided I wanted to follow in fellow-Ohioan Hugh Downs' footsteps as smart career counselors advised me that radio stations were downsizing due to the arrival of mass appeal television.  Every station had staff live musicians, full time studio engineers and those positions were being eliminated everywhere and pundits called it "the death of radio."

Google that phrase and you'll learn that that prognostication comes back at least once a decade.

My first full time job in broadcasting came in 1961 and after a lot of great working years I am now enjoying a great retirement thanks to having chosen amazing business partners, I can assure anyone who today has a passion for making the most of audio technologies that it remains a wonderful, rewarding career if you're willing to be your very best.

Over more than five decades I was fortunate enough to:
So, don't become a broadcaster if you expect a no-risk life, but if you feel the need to passionately find the most creative and innovative "you" while working alongside some amazing people who are driven by the same energy, broadcasting is the BEST worst job you can choose!

Posted by Albright and O'Malley at 8:59 AM